What can the Democrats do to turn things around in America after the era of President Trump?

So, the very first thing to do, is to abandon all party loyalty, and admit that the DNC is corrupt, and will never let a progressive win the primary.

This leads to step number 2:

This is what led to Trump in the first place.

Step 3 is: vote for someone else.
I’m not going to tell you who to vote for. Just stop supporting the DNC, and that will already be a HUGE improvement.

I know you’ve been told that you HAVE to vote for evil, because it’s “the lesser evil”.

And that it’s completely impossible for anyone else to win.

Most people just did not vote.

If you listen to the media, and to cable news, this is the result of the 2016 election:

This is the actual election result in 2016.

And we can further break it down:

This is a rough approximation, but I’d say only about ~25% of the population actually voted for Trump or for Hillary.

Most people know how corrupt and shitty the system is, and just don’t even bother to vote.

Out of the people who did vote, most of them knew that they were voting for evil, but were conned into believing that they had to.

70% of people want Medicare for all.

~65% of people want to legalize weed.

69% of people want to end the needless wars.

And people also want money out of politics.

So don’t come repeating the media propaganda that it’s impossible for any progressive candidate to win.

The people in the US don’t have the same opinion as the idiots on TV, or as the corrupt politicians.

Most of them know they are getting screwed.

Stop falling for this false dichotomy, for this good-cop bad-cop routine.

It’s not the lesser evil. They are both serving the same big donors, and neither party cares about you.

That then, somehow, magically, by creating the same conditions as before, it will not be followed by another trump.

Wake up, you drank too much DNC Kool-Aid!

Don’t trust the people on TV, especially not the ones who seem likeable and trustworthy!

It’s already too late to do anything for this election cycle.

It’s already going to be a senile old corrupt idiot, either way.

But you gotta start thinking now already about the next election cycle, about the future.

Maybe it’s already too late for the next 25 years.

Did you know that even if somehow a non-corrupt president is elected, the supreme court can just arbitrarily strike down anything that president would try to do, just by declaring it unconstitutional, and making up a random reason?

And that they have their position, for life?

It’s not about stockpiling guns to deal with government tyranny if maybe one day it happens, like some people might think.

It’s about demanding to be in control of your government.

Learn about first past the post voting, and demand change.

Demand more transparency, more accountability, and money out of politics.

Stop just listening to what the DNC and the media tell you are your only options.

Be ready to march, to strike, to boycott, figure out what your real options are, they are different from what people on TV tell you.

Also adding this, because you never know: Don’t vote for the GOP either. They are the same shit.

Any Republican reading this, this all applies to you too. 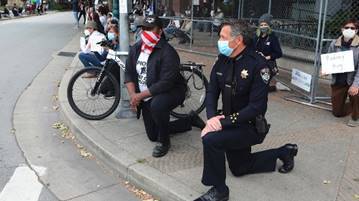